Saurya (सौर्य) was a janapada known to Panini and mentioned in Mahabharata. They gave name to Syria.

Surya (सूर्य) is mentioned by Panini in Ashtadhyayi. [1]

V. S. Agrawala[2] writes that Patanjali makes clear makes clear the social status of the sudras in his time. Firstly there were sudras who were not excluded from Aryavrata but were living within its social system. Secondly, there was another class of sudras who were living outside Aryavrata and its society. He cites as examples (1) Kishkindha-Gabdikam (2) Shaka-Yavanam and (3) Saurya-Krauncham. Of these 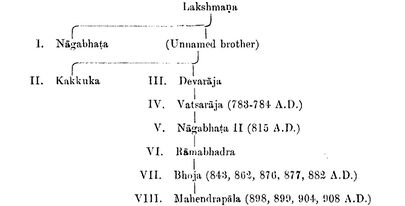 R.C.Majumdar[3] writes that by far the most important settlement in this direction was that of Avanti, or western Malwa, for the Pratihara chiefs of this place were the founders of the great imperial family at Kanauj. This fact, so far as I know, has not been recognised by any historian, but it seems to me to rest on unimpeachable grounds. I shall therefore deal with the question in some detail. Mr. K. B. Pathak brought to light a passage in Jaina Harivamsa of Jinasena which gives the precise date of its composition. The passage was subsequently noticed by Peterson and Fleet (Ep, Ind., Vol. VI, pp, 195.6) and the following remarks of the last named scholar may be taken to fairly represent the views of all the three regarding its interpretation. " A passage in Jaina Harivamsa of Jinasena tells us that the work was finished

[Page-24] in Saka-Samvat 705 (expired), = A. D. 783-784, when there were reigning, in various directions determined with reference to a town named Vardhamanapura (वर्धमानपुर), which is to be identified with the modern Wadhwan (वढवाण) in the Jhalawar division of Kathiawar, in the north, Indrayudha ; in the south Srivallabha ; in the east, Vatsaraja, king of Avanti (Ujjain); and, in the west, Varaha or Jayavaraha, in the territory of the Sauryas."

This seems to have been the accepted view till 1902 when Prof. D. R. Bhandarkar gave a somewhat different interpretation of the passage. " The second half of the stanza," said he, " beginning with sakeshv-abda-sateshu, etc., does not appear to me to have been properly translated. The word nrpipa in my opinion, shows that Avanti-bhubhriti is to be connected with purvam and Vatsadiraje with aparam. The translation would then be as follows : " in the east, the illustrious king of Avanti ; in the west king Vatsaraja (and) in the territory of the Sauryas, the victorious and brave Varaha."

Dr. V. A. Smith writing in 1909, accepted the interpretation of Prof. Bhandarkar with the prefatory remark " that the translation has been the subject of dispute." Later on Mr. R. Chanda, Mr. R. D. Banerji and Sten Konow accepted the translation given by Prof. Bhandarkar, which may thus be said to have held the field till now. In my humble opinion, however, the views of Fleet and Pathak seem to be preferable. For, in the first place, the author evidently seeks to describe the four kings in the four directions; but according to Prof. Bhandarkar's view, apart from grammatical difficulties, there being no object of the verb avati, -we

[Page-25] get a fifth province and there remains no name for the king of the east, the only exception of the kind. Secondly, as the writer was indicating these directions with reference to Vardhamanapura, modern Wadhwan, in the Jhalawar division of Kathiawar, " the west " can only refer to Saurashtra and cannot be taken to apply to a country like Gurjaratra or even to any part of Rajputana where Vatsaraja is supposed to have been ruling. According to the interpretation of Dr. Fleet, Vatsaraja, the king of Avanti, would be the king of the east, and king of Saurya or Sauramandala, evidently Saurashtra, the king of the west, referred to by the author.

Bhim Singh Dahiya[4] writes that Sheoran Jats are the Shura of Indian literature,[5] and Shor of present day Central Asia. Mahabharata mentions a Suryasura and obviously not for the sun (Surya) but for the Sura people.[6] Darada (the Darar clan people) a king of Bahlika was born from Surya.[7] The Shura kings came for Yudhishthira's sacrifice.

Hukum Singh Panwar (Pauria)[9] writes that ....Besides the Hittite, several other Aryan tribes penetrated peacefully into Middle East countries in Treta Yuga under the leadership of Kush, son of Rama Dashrathi, from Purshakhanda (Puruland in Sapta Sindhu) and founded various principalities there[10]. These are known as the Mittanis and the Hurrians. These names are obvious variations of Sapta Sindhu names. Thus the Hittite were the Khattis, the Kushites (Kushanas?), Kissites, Cassites or (in Greek Kosseans). The Mittanis are Mithranis or Mirdhas or Midhas. The Hurrians are Suryans or Surias or Suryas - (S often changes into H). The Suryas were the Rajanya families of the Iksvaku branch of the Purus. The Kassites ruled over the whole of Babylonia up to 1180 B.C.

As noted before, Hall, Hrozny, Gurney, Saggs & Woolley consider these people of Indian origin. Hall asserts that they were Aryans and their language, especially of the Mittanis was Sanskrit and they worshipped Indian gods The Mittani kings carry such names as Tushrutha, Arthashumra, and Arthatama.[11] Their deities are named as Shuria (Sun), Maryatas and Simalia. Giles[12] identifies their deities with Indian Vedic gods Surya, Marutas and Himalaya (Syrian Simalia = Iranian 'Zimalia = Vedic Himalaya = Queen of snow). These remarkable similarities establish their Indian origin and confirm Hall's assertion. A Mittani horse-trainer named Kikulli[13] prepared in Circa 1400 B.C. a manual on the science of horse-training in colloquial Sanskrit for the kings of the Kheta (Khatti or Hittite) dynasty . He popularised the Indian science in the Middle East.

Adi Parva, Mahabharata/Mahabharata Book I Chapter 89 tells History of Puru and Pandavas (Aila dynasty). ...."Samvarana begat upon his wife, Tapati, the daughter of Surya, a son named Kuru. This Kuru was exceedingly virtuous, and therefore, he was installed on the throne by his people.[14]

Adi Parva, Mahabharata/Mahabharata Book I Chapter 59 gives the Genealogy of Danavas, Gandharvas, Apsaras, Yakshas, Rakshasas. Danu had forty sons out of which Surya is given in verse (I.59.26). [15]

Shalya Parva, Mahabharata/Book IX Chapter 44 mentions the ceremony for investing Kartikeya with the status of generalissimo, the diverse gods, various clans who joined it. Surya is included in verse (IX.44.4)...."The diverse gods--Indra and Vishnu, both of great energy, and Surya and Chandramas, and Dhata, and Vidhata, and Vayu, and Agni..." [16]Surya is again mentioned in verse (IX.44.28) ...Endued with great prowess, Surya, with a gratified heart, gave unto Kartikeya two of his followers named Subhraja and Bhaskara. [17]

Shalya Parva, Mahabharata/Book IX Chapter 45 gives List of the mothers who became the companions when Skanda was installed. Surya is given in verse (IX.45.44). ...."and some of Vishnu and some of Surya, and some of Varaha. Of charming and delightful features, they were beautiful like the asuras.[18]

Adi Parva, Mahabharata/Mahabharata Book I Chapter 61 Genealogy of the Danavas, Asuras, Kauravas, Pandavas, Gandharvas, Apsaras, Rakshasas.... The mighty Asura Krathana gifted with great energy became noted on earth as the monarch Suryaksha. The great Asura of handsome features known by the name of Surya, became on earth the monarch of the Valhikas by name Darada, that foremost of all kings.

Back to Mahabharata People