Dr Vir Singh (डॉ वीर सिंह) (b. 3 July, 1935 - d. 22 January, 2013) is an author and honorary Director of Maharaja Surajmal Centre for Research and Publication, run by Surajmal Memorial Education Society, New Delhi. Dr. Vir Singh after superannuation from Shaheed Bhagat Singh College, University of Delhi in 2000, joined Maharaja Surajmal Centre for Research and Publication. He has been actively engaged in the administrative, educational and research activities of the Society since 1976 as Joint Secretary of the Executive Committee (9 years) and Secretary Academic Committee since 1985 till date.

Dr Vir Singh was born on 3 July 1935 at village Sarangpur in Bulandshahar district in Uttar Pradesh in the family of a Hindu Jat of Sejwar Gotra. His father was Late Shri Hukam Singh, a mukhiya of the village.

He studied at N.R.E.C. College Khurja from 11th standard (1953) to the completion of his M.A. and Ph.D.Degrees. Due to the adverse financial conditions of his family, after completing 12th standard in 1955, he had to join as a teacher in his own village Sarangpur to establish a school there. During this period he passed visharad, sahityaratna and prabhakar examinations. On the advice of then principal of N.R.E.C. College Khurja he took admission in first year as a regular student in 1959. In spite of all hardships he did not leave his objective of getting higher education. He got M.A. (Agra), Ph.D. (Meerut), B.Ed. (Delhi), Prabhakar (Chandigarh), Sahityaratna (Prayag) and Shastri (Kashi) degrees from six universities. 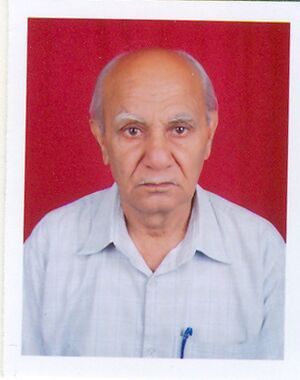 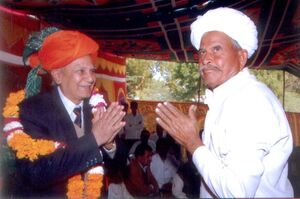 “Kamayani Ki Katha: Gaveshnatmak Anusheelan”, is his research work which was published in 1976. While explaining different aspects of history, geography, sociology, psychology, philosophy and allegory of this ancient narrative of deluge and development of mankind thereafter by Manu and Shradha, he learnt inter-disciplinary approach which he utilized while establishing the aforesaid Research Centre. This ancient narrative belongs to North West region of India- Gandhar, Sind, Punjab, the catchment area of ancient Saraswati River in Haryana and Western Rajasthan, which has been the cradle of Vedic Culture. It is also interesting that the early settlements of Jats are found in this region.

Dr Vir Singh has used his intensive study of the primary sources on the Jats to update three prominent works on Jat History: 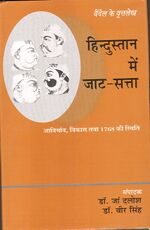 Review of his important books

The Jats - Their Role and Contribution to the Socio-Economic Life and Polity of North and North West India. Vol I, 2004

This publication is the outcome of two National Seminars on the Jat History and Culture. The Jats are one of the prominent farming community among the Indian Population today. The origins and traditions of the Jats go back to dim antiquity. A critical study of the past history of such a community on the basis of all available material cannot fail to be a subject of deep interest and instruction to all Indians. The Scholars have assembled some of the rarest evidence available in Indian and non-Indian sources and telescoped into a knowledgeable and inspiringly readable historical analysis. The salient features of this publication are:

Raja Mahendra Pratap was born (1886) in the Hindu family of Mursan and was married (1902) to a Sikh family of Jind. He got his education under British Headmasters and Muslim teachers all from Mohemmedan Anglo Oriented College Aligarh founded by Sir Sayyed Ahmad Khan. With this background he shaped into a true representative of secular society and got fully equipped to break the fetters of conversativism.

To bring India at par with European Countries, he established a free technical institute, ‘Prem Mahavidyalya’ in his place at Vrindavan on May 24, 1909. He donated most of his part of his estate to the educational institutions in Aligarh and Mathura districts.

After successfully devoting his attentions to questions of social and educational reforms and other constructive activities Raja Mahendra Pratap prepared himself to take a plunge into a still higher cause of liberating India from the yoke of the British. On 20th of December, 1914, at the age of 28 he left India for European countries to liberate India from the clutches of the British colonial rule with outside support. He had become a big menace there for the foreign rule in India. The British Government of India declared a reward on his read, attached his entire estate and declared him a fugitive. This historic document gives a vivid account of Raja Mahendra Pratap’s life and his activities upto 1946.

The introduction of this book gives a glimpse of his varied activities in chronological order to make it easier for the readers to understand the ideas of Raja Mahendra Pratap, the servant of mankind. This is an added advantage of this edition.

Back to The Authors