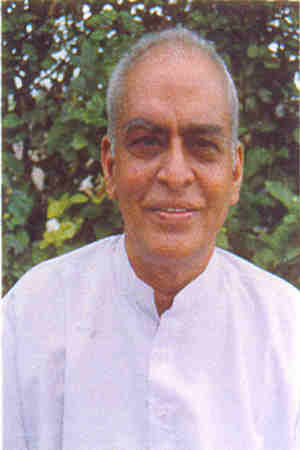 Gyan Prakash Pilania (ज्ञानप्रकाश पिलाणिया) is an eminent personality of Rajasthan in India. He was officer of the Indian Police Service. He is a social reformer and leader of farmers in Rajasthan. He was born on 18th February 1932 in a Jat Hindu family of Chaudhary Budh Ram Pilania in village Amarpura of district Ganganagar in Rajasthan, present Hanumangarh district, in India.

Gyan Prakash Pilania was a talented student from the very beginning. He did MA in History and Hindi. He is Sahitya Ratna in Hindi and Ph.D. in History. He studied in Manchester University also to complete his two years study on 'Public Administration'.

Gyan Prakash Pilania qualified UPSC and Joined Indian Police Service on 7 October 1955 in Rajasthan Cadre. He became Superintendent of Police in 1959 and served at Chittor, Nagaur, Dungarpur and Ajmer in that capacity.

He remained on deputation to Government of India for eight years in Central Bureau of Investigation and as DIG in Delhi administration. He was also Director Vigilance in the Department of Commerce.

After coming back to Rajasthan, he served as DIG Udaipur, Jaipur and Bharatpur. He was promoted to the Post of IG and served as Chairman of Rajasthan Road Transport Corporation. He remained Director of Anti-Corruption Bureau for many years.

He was promoted to the post of Director General of Police. He was Director Home-guards. He retired in 1989. He was appointed as Chairman of Rajasthan Public Service Commission from 1989-1994.

Gyan Prakash Pilania has written a number of books also. The important books by him are:

Gyan Prakash Pilania was awarded Police medal on January 26, 1972. He got President's award in1984.

Gyan Prakash Pilania's biggest contribution is in the field of mobilizing farmers for the cause of social change in creating job opportunities for the rural youth and spread of education. He is always busy in social works. He is honorary chairman of "Swami Keshwanand Smriti Charitable Trust". He was President of Jat Mahasabha in Rajasthan.