Location of Villages around Churu

Meghsar (मेघसर) is a medium-size Village in Churu tahsil of Churu district in Rajasthan.

It is located 11 km from Churu in south-east direction on the rural link road from Churu to Ratangarh.

In the villages groping in the darkness of illiteracy oral tradition was a major form of handing down history. As per oral lore the village Meghsar was founded sometime in the year 1416 by Sh. Megharam who was a Jat of Chahar gotra. He migrated from Sidhmukh ( Tehsil - Rajgarh ) after a bloody battle fought on the outskirts of Sidhmukh between the relatively scattered forces of King of the Chahar state Maldev Chahar and the invading forces of the emperor of Delhi, Khizra Khan Mubarik.

The history of village and Jat Gotras has been discussed by Prof H R Isran in detail in the article Meghsar: Ateet Aur Vartman. 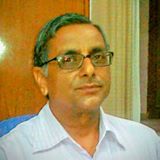