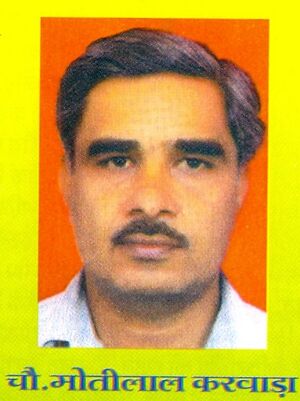 Karwara people find mention in Mahabrahmana 25/1030 dwelling on the Yamuna bank. Their capital was at village Karaw (कारव) at a distance of 10-12 km from Yamuna.[3]

We find Karwara clan in the history of Iran as Karpaya. Herodotus has written that at the time of war of Darius the Great and his son, Xerxes with Greeks they had an army of Indian Jats. In Sojahaj district of Iran there is a tribe called Karpaya which is of Karav people. It is possible that these people moved from Mathura district. There capital might be at Karav, a place in Mathura district. At present this area of Mathura is occupied by Hanga Jats. [4]

Villages in Ratlam district with population of Karwada (करवाडा) gotra are: