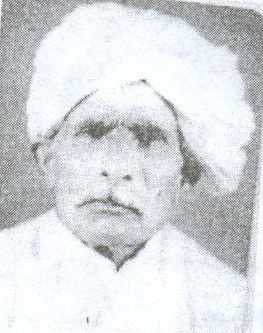 Allahabad pillar inscription of Samudragupta mentions King named Maṇṭarāja (N. 1, L. 19) in the list of Names of Feudatory Kings and High Officers by Tej Ram Sharma [6], a King of Kurula, one of the rulers of Dakshinapatha defeated by Samudragupta. In this name the first part is Manta and the second is Raja. The meaning of the first part is not clear to the historians. It is clearly not a Sanskrit word. As Woolner has pointed out words with cerebrals are often non-Aryan or influenced by non-Aryan elements.[7] Another possibility is that these names show dialectal elements. We may derive it from an artificial root 'mant' to act as inter mediator.[8]

Tej Ram Sharma [9] writes about 8. Kurala (कुराळ) mentioned in (No. I, L. 19) : Allahabad pillar inscription of Samudragupta. ....It has been mentioned as one of the kingdoms of Daksinapatha subdued by Samudragupta. Its ruler was Mantaraja. Fleet suggests that Kauralaka is a mistake for Kairalaka, denoting the well known province Kerala in the South of India. 613 D.R. Bhandarkar 614 identifies this Kerala with the Sonpur

Personal and geographical names in the Gupta inscriptions 259

territory in C.P. round about Yayatinagara where the author of the Pavanaduta locates the Keralas. Barnett identified it with modern village Korada in South India. 615 Kurala is taken by Kielhorn 616 to be the same as Kunala mentioned in the Aihole inscription of Pulakesin II 617 and identified with the Kolleru lake between the Godavari and the Krishna. 618 But DR. Bhandarkar 619 objects to this view on the ground that the Kolleru lake must have been included in the kingdom of Verigi mentioned later on 620 in the same list in the inscription. G.Ramdas 621 seems to be right when he observes that Kurala must be the plain country of the Ganjam district to the north-east of the Mahendra hill now chiefly occupied by the Oriyas.

619. Diskalkar, Selections From Sanskrit Inscriptions by D. B. Diskalkar. p. 35.