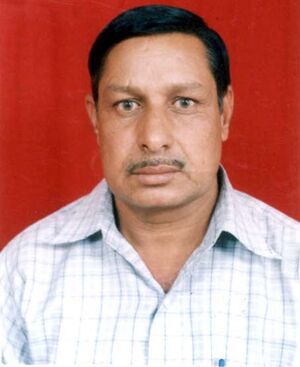 Mahur (माहुर)[1][2] Mahura (माहुरा) is gotra of Jats found in Jaipur district Rajasthan. Mathur Jat Gotra is said to be degenerated to Mahur and Mahure.

Bhim Singh Dahiya's in "Aryan Tribes and the Rig Veda" mentions a tribe Mura: They are mentioned in RV IV/26/7; X/4/4, X/46/5 and VH/61/5. Both forms of the name- Mura/Amura appear. They are identified with Maur clan of the Jats- the famous Mauryas, also the "Amorites of West Asia." Muram, their kingdom mentioned in Mahabharata, may be Merv in Iran, and also their city called Amurum near Ashur, was admittedly named after these people.[4]

Sabha Parva, Mahabharata/Book II Chapter 13 mentions about The king of the Yavanas, who hath chastised Mura and Naraka, whose power is unlimited, and who ruleth the west like another Varuna, who is called Bhagadatta, and who is the old friend of thy father, hath bowed his head before Jarasandha. [5]

Mahura is name of a village in Kushalgarh tahsil in Banswara district in Rajasthan.

Mahura is name of a village in Mavli tahsil in Udaipur district in Rajasthan.