Rewari (Hindi: रेवाडी़) is a city and a municipal council in Rewari District in the Indian state of Haryana. It is located in southern Haryana around 80 km away from the Indian capital city of New Delhi. 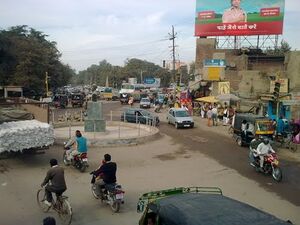 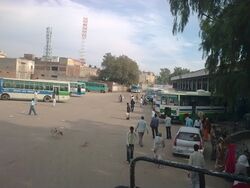 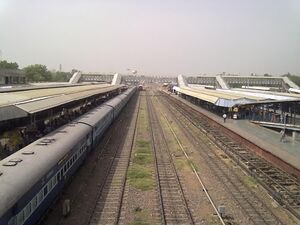 Rewari is a city of historical importance. Its history can be traced in Hindu epic, Mahabharat. The last Hindu emperor of India, a great warrior 'Hemu Vikramaditya' belonged to Rewari only. He had won 22 battles during 1554-1556 spanning entire north India and was the only Hindu to rule from Delhi during Mediavel period. His coronation had taken place in Purana Kila, Delhi on 6th Oct. 1556. His Haveli in Rewari still stands in Qutabpur area. This city has also produced famous freedom fighters such as Rao Tula Ram.

Rewari became a district of Haryana on November 1, 1989. The district headquarter is situated in Rewari town. Rewari is 82 km from the national capital, New Delhi on the Delhi-Jaipur National Highway NH8. Rewari town is situated at an altitude of 241.95 m. Other smaller towns are Bawal, Dharuhera and Kosli. There are 412 villages in Rewari. The total area of Rewari district is 1,559 sq km and its population is 6,23,000. This district borders the state of Rajasthan and the districts of Mahendergarh, Gurgaon and Rohtak.

It is believed that during the Mahabharat period there was a king named Rewat who had a daughter whose name was Rewati. The king founded a city named 'Rewa wadi', after his daughter. Later Rewati got married to Balram, the elder brother of Lord Krishna. Much later the city Rewa wadi became known as Rewari. The red mosque (Lal Masjid) near the old courts is said to have been built during the regime of Mughal emperor Akbar in the year 1570.