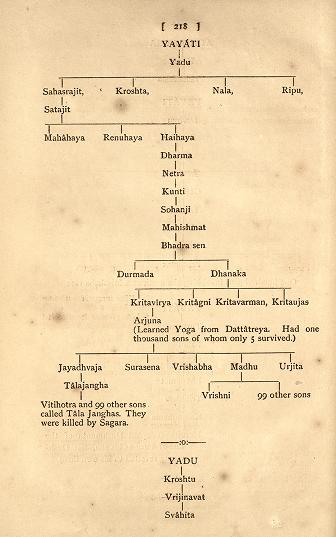 Nala (नल) was a Suryavanshi Kachhawah Jat whose capital was Narwar. He defeated and killed Ghumasura who is believed to had defeated earlier even Indra, the god. [1]

Rajatarangini[3] mentions that when Sussala became King of Kashmir second time in 1121 AD he faced difficulties. There happened a disaster on the bridge over the Sindhu, king was defeated but Renewal of war continued. It is mentioned that Ananda of the family of Kāka, Loshtasha, Nala and other renowned warriors in the Damara army were killed by the king's (Sussala) soldiers.

Nala was king of Nishadha Kingdom. He was the husband of Damayanti and their story is told in the Mahabharata. Nala was known for his skill with horses and culinary expertise. His main weakness was gambling. He was possessed by the demon Kali. 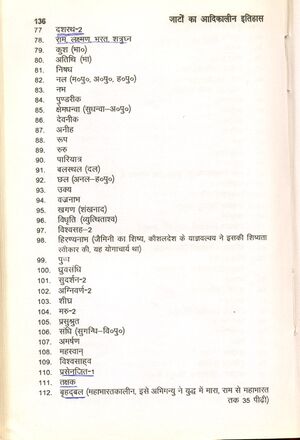 Nala, also known as Nalachakravarti (Nala the emperor), was one of the Shatchakravarthins (six great emperors) in Hindu mythology. He was king of Nishadha Kingdom. He was chosen by Damayanti as husband in the swayamvara, a function in which the bride selects her husband from among the invitees, in preference to even the gods who came to marry her.

All the gods left the place praising the qualities of Nala and blessing the couple. But Kali vowed to divert Nala from the path of Dharma, or path of righteousness or virtue, and separate Nala and Damayanti. Such was the purity of Nala that it took twelve years for Kali to find a small fault in him and bewitch his soul. After being influenced by evil, Nala played dice or gambling with his brother Pushkara and lost all his wealth and the kingdom to Pushkara. Nala and Damayanti had to live in forests where they were separated. After undergoing many sufferings, in spite of which Nala did not deviate from the path of righteousness, Nala overcame the influence of Kali and regained his kingdom by defeating Pushkar. Nala and Damayanti were reunited and lived happily thereafter.