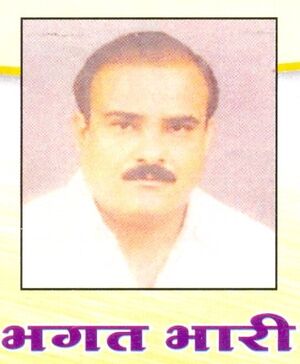 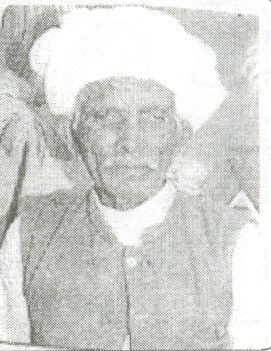 Bharwar is included in Agnivanshi Chauhan Kshatriyas. Bhari and Bharwar are the names of the same gotra.[3]

Bhari is an ancient clan originated from Nagavansh. We get inscriptional evidence about Bhari clan from Bharhut. Bharhut is located in Madhya Pradesh, Central India, known for its famous Buddhist stupa. Bharhut stupa is one of the earliest extant Buddhist structures and due to the presence of dedicatory inscriptions, it was patronized by almost exclusively by monks, nuns and the non-elite laity. The Bharhut stupa may have been established by the Maurya king Ashoka in the 3rd century BCE.

An Inscription on Rails in S. W. Quadrant of Bharhut stupa mentions about the donation by one Bharini Deva:

According to Jat historians Bhari clan gets name after place Bharwar (भरवार).[5] Bharwal is a village in Sanchor (सांचोर) tahsil in Jalor district in Rajasthan.

According to the Bards after the fall of Prithvi Raj Chauhan, two brothers Khinwa and Bhinwa moved from Ajmer and went to Dadrewa in Churu side. The descendants of Khinwa are known as Khalia and those of Bhinwa are Bhari. Bhari people settled in various villages of Churu district in Rajasthan.

In Rajatarangini[6]We find mention of a poet named Bharikolavata, who used to get two thousand dinnaras as his salary from Shankaravarman, the king of Kashmir.

Bharwari is Villages in Nawalgarh tahsil of Jhunjhunu district in Rajasthan.