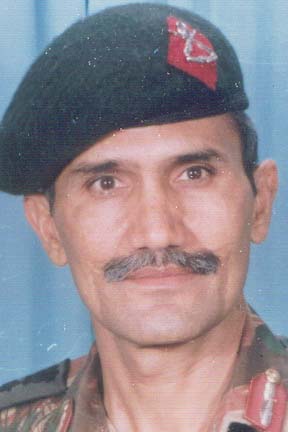 Mahi was a janapada in Gujarat. They were called so after rishi named Maheya (माहेय). Their land was called Mahilwati. [5]

They may also get name from Mahi River.

Mahiyas basically belong to Girvarsar village in Sujangarh tahsil in Churu district in Rajasthan, where they dominate other Jats like Godaras.

Bhisma Parva, Mahabharata/Book VI Chapter 10 mentions Geography of Bharatavarsha. The province of Mahiyas has been mentioned in shloka 49 along with Pundra, etc. [8]

Mahiyangana - The son of king Devanampiyatissa's brother, named Uddhaculabhaya saw the wondrous cetiya and (again) covered it over and made it thirty cubits high. The king Dutthagamani dwelling there while he made war upon the Damilas, built a mantle cetiya over it eighty cubits high. Thus was the Mahiyangana-thupa completed. When he had thus made our island a fit dwelling-place for men, the mighty ruler, valiant as are great heroes, departed for Uruvela. Here ends the Visit to Mahiyangana. (Mahiyangana→Mahiya)

Mahavansa/Chapter 25 tells....The king Dutthagamani marched forth to the land on the further side of the river to bring glory to the doctrine. When he had caused the read in Malaya leading hither to be made ready he mounted the elephant Kandula and, surrounded by his warriors, he took the field with a mighty host. With the one end yet in Mahagama the train of the army reached to Guttahalaka. Arrived at Mahiyangana he overpowered the Damila Chatta. When he had slain the Damilas in that very place he came then to Ambatitthaka, which had a trench leading from the river, and (conquered) the Damila Titthamba; fighting the crafty and powerful foe for four months he (finally) overcame him. (here Gutta is prakrit form of Jutta or Jutta or Jatta) (Mahiyangana→Mahiya)

Mahiya, Lamba - Mahavansa/Chapter 36 tells....At that time) three Lambakannas lived in friendship at Mahiyangana: Samghatissa and Samghabodhi, the third being Gothakabhaya. When they were coming (to Anuradhapura) to do service to the king, a blind man who had the gift of prophecy, being by the edge of the Tissa-tank, cried out at the sound of their footsteps. (Mahiyangana→Mahiya)

The Mahi is a river in western India. It rises in Madhya Pradesh and, after flowing through the Vagad region of Rajasthan, enters Gujarat and falls into the sea by a wide estuary near Cambay. Its total length is 500 km. and its estimated drainage area 40,000 sq. km. It has given its name to the Mahi Kantha agency of Bombay, and also to the mehwasis, marauding highlanders often mentioned in Arabian chronicles.[9]

Other villages in the district having Mahiya gotra Jats are: