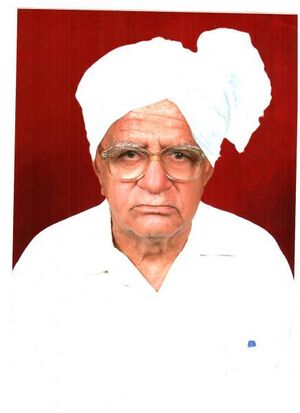 There is chobisi (24 village) of Kadyan's in Haryana. Kadyan's are descendants of ancestor Kada,[6] which in Persian language means powerful. Sangu, Jakhu and Kada were in relation and they are said to have given names to Sangwan, Jakhar and Kadyan Jat gotras.[7] That's why many years back there existed no matrimonial relationship among these three gotras. 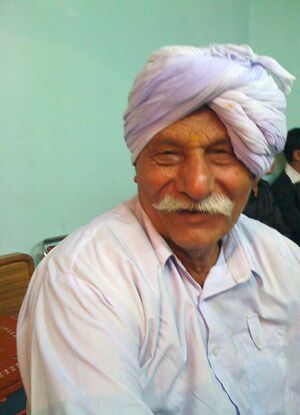 Arrian[9] writes .....On the third day after the battle, Alexander reached the river Ister, which is the largest of all the rivers in Europe, traverses a very great tract of country, and separates very warlike nations. Of these nations the remotest are the Quadi.

Quadi were a Suebian Germanic tribe who lived approximately in the area of modern Moravia, a historical country in the Czech Republic (forming its eastern part), in the time of the Roman Empire. The only known information about the Germanic tribe the Romans called the 'Quadi' comes through reports of the Romans themselves, whose empire had its border on the River Danube just to the south of the Quadi. They associated the Quadi with their neighbours the Marcomanni, and described both groups as having entered the region after the Celtic Boii had left it deserted. The Quadi are thought to have been an important part of the Suebian group who crossed the Rhine with the Vandals and Alans in the 406 Crossing of the Rhine, and later founded a kingdom in northwestern Iberia.

Hukum Singh Panwar (Pauria)[10] considers Suevi to be the Shivi or Sibia Jat clans, who migrated from Sapta Sindhu.

There is strong need to research relation of Quadi tribe with Kadiyan clan.

A.Cunningham[11] gives details of Inscriptions on Rails— S. W. Quadrant in Bharhut Stupa established during Ashoka's rule reads as under:

Cunningham has translated it as under:

" Gift of Sakaja Deva, of the race of Kaundinya of Pataliputra."

A.Cunningham[12] further describes and translates one more Inscriptions on Rails— S. W. Quadrant in Bharhut Stupa established during Ashoka's rule as under:

They are mentioned by Cunningham[13] in an inscription at the Buddhist Stupa of Sanchi of the Ashoka period as under:

Bhim Singh Dahiya[14] writes that J.F. Fleet, referring to the inscriptions on the top of a lid of the steatite casket found in stupa No.2 at Andheri, near Sanchi,[15] says that it should be, plainly read.

This has been translated by Fleet as,

Here no explanation has been given for the word 'Gotiputra'. It is similar to the word 'Rajaputra' occurring in the Kura inscriptions of Toramana, and it can only mean the son of a Jat. The gotra itself which Fleet changes into Kaundinya, may well be Kadin, the modern Kadian. [16]

Bhim Singh Dahiya [17] further writes about Kadyan gotra: We have already quoted inscriptional evidence mentioning a Kadan who is also called "Goti-Putra". Ancient coins have also been found with the legend 'Kāḍasa' in early Brahmi characters. Kadasa (Sanskrit Kāḍasya) means "(the coins of the Kāḍas". According to John Allan, these coins have not yet been attributed. [18] It has been suggested that the name Kāḍa may be for Sanskrit Kala. Cunningham says that Kāḍa may be equated with Kadrava, the descendant of Kadru. [19] Both these suggestions are untenable and these coins really belong to the Kādān or as it is now written, Kadyan clan. The original name is Kaḍā which means high in Persian language and the suffix 'an' is added to it. The places like Kādyān near Amritsar and another place Kadān in Balochistan is named after them. As John Allan states, the name is a tribal name and not that of a ruler. The coins were found along with the coins of Kunindas and therefore, point to a Punjab provenance. They belonged to the third century B.C. or early second century B.C. The standing figure on the coins holds a spear or sceptre in the left hand. The symbols on the coins are those of the Sun, the Swastika, etc.

Kadian (कादियान) tribe of Jats is found in Karnal. It has its head-quarters at Siwa and its original home was near Beri in Rohtak. [20]

According to H.A. Rose [21]Jakhar (जाखड़) is a tribe of Jats, claiming (Chauhan or Udhi) descent. Jaku, their eponym, migrated from Bikaner to Jhajjar in Rohtak. A Raja of Dwarka had a bow which Jaku failed to bend, in spite of the promised reward. In shame he left his native land and settled in Bikaner. The legend clearly points to the loss of military status by the Jakhars. Of the same stock are the Sangwan, Piru, and Kadian Jats.

Arrian[22] writes .....On the third day after the battle, Alexander reached the river Ister, which is the largest of all the rivers in Europe, traverses a very great tract of country, and separates very warlike nations. Most of these belong to the Celtic race,[1] in whose territory the sources of the river take their rise. Of these nations the remotest are the Quadi[2] and Marcomanni[3]; then the lazygianns,[4] a branch of the Sauromatians[5]; then the Getae,[6] who hold the doctrine of immortality; then the main body of the Sauromatians; and, lastly, the Scythians,[7] whose land stretches as far as the outlets of the river, where through five mouths it discharges its water into the Euxine Sea.[8] Here Alexander found some ships of war which had come to him from Byzantium, through the Euxine Sea and up the river. Filling these with archers and heavy-armed troops, he sailed to the island to which the Triballians and Thracians had fled for refuge. He tried to force a landing; but the barbarians came to meet him at the brink of the river, where the ships were making the assault. But these were only few in number, and the army in them small. The shores of the island, also, were in most places too steep and precipitous for landing, and the current of the river alongside it, being, as it were, shut up into a narrow channel by the nearness of the banks, was rapid and exceedingly difficult to stem.

Villages in Ratlam district with population of Kadiyan (काडीयान) gotra are: