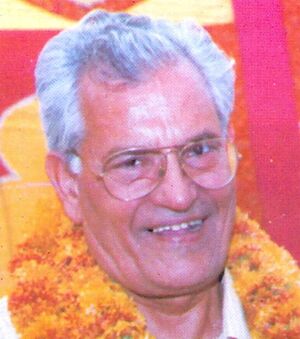 According to Dr Mahendra Singh Arya etc. the inhabitants of place called Mihran were known as Meel. [6] Mihran is also the name of Sindhu in Multan. They find mention with Mandas. The Mandas in the later period are found settled in Punjab and Sindh in sixth/seventh centuries AD. Ibn Haukal says that “the infidels who inhabited Sindh, are called Budha and Mand.” “The Mands dwell on the banks of Mihran (Sindhu) river. From the boundary of Multan to the sea… They form a large population. [7], [8]

Sir H. M. Elliot[10] writes that the River Mihrán of Sind comes from well-known sources in the highlands of Sind, from the country belonging to Kanauj in the kingdom of Bauüra, and from Kashmír, Kandahár, and Táfan; and at length, running into Múltán, it receives the name of the Mihrán of gold, just as Múltán means boundary of gold.

Kolida: The Capital of Meels

They are found mainly in Jaipur, Sikar, Jhunjhunu, Nagaur districts in Rajasthan. They are in Hisar, Sirsa and Fatehabad Districts of Haryana.

Maximum concentration of Meels is in Laxmangarh tahsil in Sikar district. Meel Jats had founded the village Bergaon, ancient name of Laxmangarh , where Rao Raja Laxman Singh of Sikar had built the Laxmangarh fort.[11] The ancient village Kolida in Sikar district is main village of Meel gotra Jats. All Meel Jats have migrated from this village. Kolida was the Capital of Meels. We get historical and inscriptional evidences of village Kolida.

Harsha Inscription of 961 AD of Chauhan dynasty mentions Kolira village.[12] The inscription tells us about genealogy of 6 princes of the same distinguished family whose head then held the neighbouring kingdom of Ajmer - the family of the Chauhan dynasty is continued from regularly from father to son starting from Guvaka and terminated in Sinharaja, in whose reign this work appears to have been commenced in AD 961.

The Harsha inscription tells us names of villages which were donated by nearby Chauhan rulers or chieftains from their controlled area to the temple of Shiva at Harsh. Koli Kupakā donated by Jaya-Sri-raja has been identified with Kolida. We reproduce relevant line from verse XLVIII (L-38) of this inscription:

"Likewise, the young prince, the blessed Jaya-Sri-raja, religiously bestowed on Harsha-deva, the village of Koli-kūpaka, whose revenues were received by himself."[13]

The appearance of name Kolida in Harsha Inscription of year 961 about the Chauhan Dynasty indicates their association with Chauhans.

Dasharatha Sharma in book "Early Chauhan Dynasties" [P.171] while discussing Udayasimha Chauhan of Jalor writes that Iltutmish pushed on, and managed to reach Udayasimha's desert capital. ...Nearly five years later, perhaps in V. 1278 (1221 AD) when Iltutmish once again assumed the offensive against Rajasthan. Dasharatha Sharma (P.171,f.n.32) writes that the drama gives the name of the Muslim invader as Milachchhrikara (मीलच्छ्रिकार), which Dr. G.H. Ojha equates with Amir-i-shikar, a title once borne by Iltutmish. Drs.D.R. Barnett and H.C, Ray object to the identification, saying that Milachchhrikara cannot phonetically be the Sanskritised form of Amir-i-shikar. It is no doubt so; but it can be easily the Paisachi form of Mir-i-shikar. The Muslim ruler and his minister talk with each other in Paishachi; so it is only natural that he should have a Paisachi name. The dramatist changes Mir into Mila and shikar into chhrikara through the intermediate Sanskritised form Shrikara (Sikar?). The usual sandhi rules thereafter give us the Milachchhrikara, actually used in the drama. As regards the date of this expedition we put it about V. 1278 (1221 A.D.)

There can be two explanations of this name Milachchhrikara:

Shrikara (श्रीकर) is the sanskritized form of Sikar. Thus this sanskrit term means 'The Meels of Sikar'.

We get some evidences about Meel clan from the history of Jakhar clan. Jakhars had a small republic state in Jangladesh area of Rajasthan. Bigga Ji Jakhar (1301 - 1336) rose to the status of a folk-deity of Jangladesh who was ruler of Riri. Riri is an old town in tahsil Dungargarh of the Bikaner district in Rajasthan. Biggaji was married to Meera daughter of Chaudhary Khidaji Meel of Malasar (Molaniya). Malasar village at present is in Bikaner tehsil, Bikaner district, Rajasthan. This shows the dominance of Meels in 12-13th century around Bikaner area.

H. W. Bellew[15] writes that has mentioned quoting Strabo as one of those Skythian tribes who deprived the Greeks of Baktriana. Speaking of the Skythians, Strabo says (Geog. xi. 8):

" The best known tribes are those who deprived the Greeks of Baktriana, the Arioi, Pasianoi, Tokharoi and Sakarauloi, who came from the country beyond the Jaxartes, opposite the Sakai and Sogdianoi, and which country was also occupied by Sakai."

H. W. Bellew[16] writes that Out of these mentioned by Strabo, The Arienoi are also mentioned in the Bassarica of Denis of Samos along with the Kaspeiri and the Kossai (Kashuri and Khasa), who were the original people of Kasperia (Kashur, or Kashmir), as the same author observes. The Indian affinities of the clans are shown in view The list of their tribes includes many Indian tribes along with Mil.

All of these came from Sikar District of Rajasthan some 300 Years back.