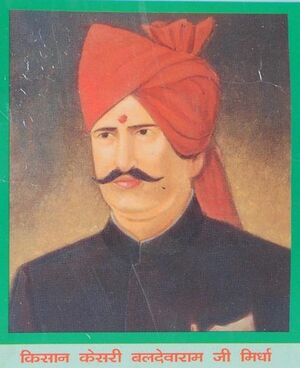 Mahavansa/Chapter 21 tells ...Mahäsiva's younger brother, Suratissa, reigned after his death ten years, zealously mindful of meritorious works. In the southern quarter (of the city) he founded the Nagarangana-vihara, in the eastern quarter the vibära (called) Hatthikkhandha and the Gonnagirika (vihara) on the Vangutrara-mountain the (vihära) named Pacinapabbata and near Raheraka the (vihära) Kolambahalaka; at the foot of the Arittha (mountain) the Makulaka (vihära), to the east the Acchagallaka (vihara), but the Girinelavahanaka (vihara) to the north of Kandanagara; these and other pleasing viharas, in number five hundred, did the lord of the earth build on this and the further bank of the river, here and there in the island of Lanka, before and while he reigned, during the period of sixty years, piously and justly, devoted to the three gems. Suvannapindatissa was his name before his reign, but he was named Süratissa after the beginning of the reign.

Rajatarangini[13] tells us that ....Radda (b. ? - r.1111 AD) (रड़्ड़) of Lohara family was the King of Kashmir in 1111 AD for a very short period. Uchchala was killed by a revolt of servants and in their presence. Raḍḍa became king for a short time. He was killed by Garga and Salhana step brother of Radda became king.

It is very likely that King Radda (रड़्ड़) may have given name to Rad (राड़) clan (Radda→Rad) as we get Jat (जाट) from Jatta (जट्ट) in Sanskrit.

Dr Pema Ram writes that after the invasion of Alexander in 326 BC, the Jats of Sindh and Punjab migrated to Haryana & Rajasthan. They built tanks, wells and Bawadis near their habitations. The tribes migrated were: Shivis, Yaudheyas, Malavas, Madras etc. The Shivi tribe which came from Ravi and Beas Rivers founded towns like Sheo, Sojat, Siwana, Shergarh, Shivganj etc. This area was adjoining to Sindh and mainly inhabited by Jats. The Jats of Gotra Rad and Kath came to Marwar. Kath came from Ravi River.[14]

Bhim Singh Dahiya[15] writes that The first war that these Jats had to fight with the rising power of Islam was in 654/655 A.D. only ten years after the visit of Hiuen-Tsang.

[p.223]: It was beaten back. Another war and defeat of the invaders is noted from Kholau-Sul-ul-Akbar.[16] Obaidullah, Governor of Seistan, was ordered by his superior, Hejauge, ruler of Khorasan, to invade Kabul. The ruler of Kabul is named as Retpeil (Ratha Pal ?). The war was fought in 697 A.D. and Rath Pal, "artfully retiring, drew the Mohammedan army into the defiles, and blocking up the rear, cut off their retreat, and Obaidullah was compelled to purchase his liberation by the payment of seven hundred thousand dirhams". The repeated attacks of the Arabs were fought back; and when it became necessary to solicit help, they found that their traditional and nearest helper, viz., Iran, was already under the Arabs and therefore any help from these quarters was out of question. The only other source was Chinese and it is to the Chinese that the Jats sent repeated embassies up to the year 755 A.D. But no help came and they had to fight with their own resources. The Indian nation shall be indebted to these Jats for stopping the Arabs from entering Kabul from 654 to 870 A.D. In 870/71 A.D. the Arab General, Yaqubb-in-Laith overthrew this kingdom of Kabul by treachery.

The Malani region was known as Radadhara (राड़धरा) in ancient times. Probably this region gets name after Rads.

Manana is considered to be the place of origin of Rad Gotra. From here they have spread throughout in Rajasthan. The ancestors of Rads of Kuchera, the famous Mirdhas, have migrated from Manana. Three ancestor brothers of Mirdhas developed differences with Jagirdar of the area and left it. One of the brothers was named Mana Rad moved from here and settled in Kuchera. He was very famous and it is believed that the Delhi emperor knew him personally. It is clear from the following verse in Rajasthani Language[17]:

They have brotherhood with Brar as name of both gotra are so similar. As some historians says these both gotra are same but due to Language pronunciation looks different.

Dr Pema Ram writes that after the invasion of Alexander in 326 BC, the Jats of Sind and Punjab migrated to Haryana & Rajasthan. They built tanks, wells and Bawadis near their habitations. The tribes migrated were: Shivis, Yaudheyas, Malavas, Madras etc. The Shivi tribe which came from Ravi and Beas Rivers founded towns like Sheo, Sojat, Siwana, Shergarh, Shivganj etc. This area was adjoining to Sindh and mainly inhabited by Jats. The Jats of Gotra Rad and Kath came to Marwar. Kath came from Ravi River.[19]

We discuss here the Rarh region to find its links with Rad people of today if any.

James Legge[20] writes about the travels of Fahian and writes that in 412 AD he reached the country of Singhala i.e "The Kingdom of the Lion," or Ceylon. Singhala was the name of after Prince Vijaya from Sinhapura (India), to whom the founding of the kingdom was ascribed. His father was named Singha, “the Lion,” which became the name of the country; — Singhala, or Sinhala Kingdom, “the Country of the Lion.

In this connection We find mention of a region called Rarh in the Sinhala history, which traditionally starts in 543 BCE with the arrival of Prince Vijaya or Singha, a semi-legendary prince who sailed with 700 followers on eight ships 860 nautical miles to Sri Lanka from the southwest coast of what is now the Rarh region that lies between the Chhota Nagpur Plateau on the West and the Ganges Delta on the East. [21] He established the Kingdom of Tambapanni, near modern-day Mannar.

According to the linguist Sarkar the Chinese called Rarh as Lati, the Greek as Ganga Ridae and the Aryans as Rāṭṭha. Moreover many Greek, Roman and Egyptian sources use the variations of Gangaridai, Gangaridae, Gangaritai and Gangaridum with the sense of a state, nation or civilisation which existed more or less in the same or a larger extent of Rarh. Megasthenes, Ptolemy, Strabo, Pliny, Arrian, Diodorus Siculus, Quintus Curtius Rufus and Plutarch all wrote about Gangaridae.[22][23][24]

The invasion of Alexander in 326 BC forced Jat clans to the region known to Greeks as Gangaridae and Chines as Rarh region. As stated above historians are not clear about the etymology of Rarh region because they do not have knowledge about Jat clans.

Probably the name to Rarh region was given by the Rad people.

Probably they came to Rajasthan and Sindh regions in about 540 AD due to the fall of Gupta empire which was considered to be of Dharan Jat clan.

This is the reason that we find mention of many Jat clans in eastern regions like Chhota Nagpur and Orissa.

Jharsandala village is notable for this gotra. Villages in Ratlam district with population of this gotra are:

According to 1911 census the Raad were the principal Muslim Jat clan in: